'Bridge over Troubled Water' is a song by American music duo Simon & Garfunkel. Produced by the duo and Roy Halee, the song was released as the follow-up single to 'The Boxer' in January 1970. The song is featured on their fifth studio album, Bridge over Troubled Water (1970). Composed by singer-songwriter Paul Simon, the song is performed on piano and carries the influence of gospel music. The original studio recording employs elements of Phil Spector's 'Wall of Sound' technique using L.A. session musicians from the Wrecking Crew.[1][2]

It was the last song recorded for their fifth and final album, but the first fully completed.[3] The song's instrumentation was recorded in California while the duo's vocals were cut in New York.[3][4][5][6] Simon felt his partner, Art Garfunkel, should sing the song solo, an invitation Garfunkel initially declined but later accepted.[7] Session musician Larry Knechtel performs piano on the song, with Joe Osborn playing bass guitar and Hal Blaine closing out the song with drums. The song won five awards at the 13th Annual Grammy Awards in 1971, including Grammy Award for Record of the Year and Song of the Year.

The song became Simon & Garfunkel's biggest hit single, and it is often considered their signature song. It was a number one hit on the Billboard Hot 100 for six weeks, and it also topped the charts in the United Kingdom, Canada, France, and New Zealand. It was a top five hit in eight other countries as well, eventually selling over six million copies worldwide, making it among the best-selling singles. It became one of the most performed songs of the twentieth century, with over 50 artists, among them Elvis Presley and Aretha Franklin, covering the song. It was ranked number 48 on Rolling Stone's 500 Greatest Songs of All Time.

'Bridge over Troubled Water' was composed by Paul Simon very quickly, so much so that he asked himself, 'Where did that come from? It doesn't seem like me.' [7] The title lyric was inspired by Claude Jeter's line 'I'll be your bridge over deep water if you trust in me,' which Jeter sang with his group, the Swan Silvertones, in the 1958 song 'Mary Don't You Weep.'[8] According to gospel producer and historian Anthony Heilbut, Simon acknowledged his debt to Jeter in person, and handed Jeter a check.[9] Simon wrote the song initially on guitar but transposed it to the piano to better reflect the gospel influence and suit Garfunkel's voice.[3]

Simon told his partner, Art Garfunkel, that Garfunkel should sing it alone, the 'white choirboy way'.[7] Garfunkel felt it was not right for him;[3] he liked Simon's falsetto on the demo and suggested that Simon sing. At the suggestion of Garfunkel and producer Roy Halee, Simon wrote an extra verse and a 'bigger' ending, though he felt it was less cohesive with the earlier verses.[10] The final verse was written about Simon's then-wife Peggy Harper, who had noticed her first gray hairs ('Sail on, silvergirl').[11][12] It does not refer to a drug abuser's hypodermic needle, as is sometimes claimed.[13] The verse was Garfunkel's idea, but Simon has never cared for it.[14]

'Bridge over Troubled Water' was the final track to be recorded for the album but the first completed, with an additional two weeks of post-production.[3] Simon initially composed the song in G major, but arranger and composer Jimmie Haskell transposed the song to E-flat major to suit Garfunkel's voice.[15] The song was recorded in California, to make it easier for Garfunkel to go to Mexico to film Catch-22.[6] Simon wanted a gospel piano sound, and hired session musician Larry Knechtel. Joe Osborn played the two bass guitars, one high and the other low. A horn section rounded off the song. The drums were played by Hal Blaine in an echo chamber to achieve a hall effect and Los Angeles session percussionist Gary Coleman played the Vibraphone. The arranger, Jimmy Haskell, labeled the string arrangement as 'Like a Pitcher of Water'.[16]

Simon and Garfunkel returned to New York to record the vocals.[17][4][3] The vocal style in 'Bridge over Troubled Water' was inspired by Phil Spector's technique in 'Old Man River' by The Righteous Brothers.[18] After two months the song was finished. Simon said it sounded like the Beatles' 'Let It Be', stating in a Rolling Stone interview: 'They are very similar songs, certainly in instrumentation.'[19]

As their relations frayed preceding their 1970 breakup, Simon began to feel jealous that he allowed Garfunkel to sing it solo:

He felt I should have done it, and many times on a stage, though, when I'd be sitting off to the side and Larry Knechtel would be playing the piano and Artie would be singing 'Bridge', people would stomp and cheer when it was over, and I would think, 'That's my song, man..'[7]

Despite the song's five-minute length, Columbia decided to service 'Bridge Troubled Water' to pop radio. Bob Dylan had previously landed a song past the three-minute barrier on AM radio with 'Like a Rolling Stone' in 1965, which played into Columbia's decision.[20] It reached number one on the Billboard Hot 100 chart on February 28, 1970, and stayed at the top of the chart for six weeks. 'Bridge over Troubled Water' also topped the adult contemporary chart in the US for six weeks.[21]Billboard ranked it as the No. 1 song for 1970.[22]

The song was certified gold for over one million copies in the US by the Recording Industry Association of America,[23] and the song has sold over six million copies worldwide, making it among the best-selling singles.[24][25]

'Bridge over Troubled Water' entered the Billboard Hot 100 top 40 at no.13 on February 9, 1970. It jumped to no.3 the following week before climbing to no.1.During a six week run at the top – the most for any single that year – Simon and Garfunkel held off strong competition from Creedence Clearwater Revival ('Travelin' Band') and The Jaggerz ('The Rapper'). Then, on April 11, the song fell to no.5 – replaced by The Beatles' 'Let It Be'. 'Bridge over Troubled Water' concluded a 13 week run in the US top 40 on 9 May as their follow-up hit 'Cecilia' began its rise to no.4.

As in the US, 'Bridge over Troubled Water' made its UK top 40 bow at no.13, on February 28, 1970. The song climbed steadily over the next four weeks before claiming no.1 on March 28. During a three week stay at the top, it held off strong competition from Mary Hopkin with 'Knock, Knock Who's There?' and 'Can't Help Falling In Love' by Andy Williams.Then, on April 18, the song fell to no.2 – replaced by 'All Kinds of Everything' by Dana.In total, 'Bridge over Troubled Water' spent seventeen weeks in the UK top 40 (concluding on June 27).

'Bridge over Troubled Water' has been covered by over 50 artists,[47] including Elvis Presley and Willie Nelson. Merry Clayton recorded a version in gospel style on her 1970 album Gimme Shelter.[48] A cover recorded by Johnny Cash and Fiona Apple for Cash's American IV: The Man Comes Around album was nominated for a Grammy Award in 2003.[49]

Aretha Franklin's gospel-inspired cover version was released in March 1971 on Atlantic 45-2796 and reached number one on the US R&B chart and number six on the pop chart.[50] The single was certified gold by the RIAA selling two million copies and later won the Grammy Award for Best Female R&B Vocal Performance in the 1972 awards. The single is 3:18 in length. The longer studio version, 5:31 in length, that appears on numerous compilations was first released on Franklin's 1971 compilation Aretha's Greatest Hits. Her version was included on Greatest Moments, Volume III: Various Artists. Franklin also debuted her version at the 1971 Grammy Awards.

Peggy Lee recorded the song in early 1970 for her album of the same name, released in April 1970 by Capitol Records. [51]

Elvis Presley recorded it in Nashville on June 5, 1970, and it was released on the 1970 album That's the Way It Is (with a false audience fade-out). He included it in his set list for his next engagement in Las Vegas, which included the filming of the 1970 documentary Elvis: That's the Way It Is,[52] and the song was included in the original theatrical release (included version is from the August 11 dinner show). During that summer season in Vegas, Paul Simon attended one of the shows, and, after seeing Elvis perform the song, he was reported to have said, 'That's it, we might as well all give up now.'[53] Presley continued to use this song throughout his live performances, including his final live appearance in Indianapolis on June 26, 1977. Another live performance was seen in the Golden Globe-winning documentary Elvis on Tour, filmed at the Greensboro Coliseum in Greensboro, North Carolina, on April 14, 1972. Elvis even sang it at one of his Madison Square Garden Shows back in June 1972.

On the studio version, Robert Matthew Watson wrote in his book Heartbreak Hotel: 'Presley's outstanding singing is not disguised. This is a fabulous version, burning with sincerity and power, and finding depths not revealed by the composers.'

Linda Clifford, Curtis Mayfield's protegee signed on his Curtom label, released an up-tempo disco version of 'Bridge over Troubled Water' on her album Let Me Be Your Woman in March 1979. This epic version (10:20 in length) was produced by Gil Askey (jazz trumpet player and musical director for many Motown acts) and mixed by Jimmy Simpson, brother of Valerie Simpson from Ashford and Simpson. The song has two originalities, the first one being a 132 bpm tempo (considered the ideal tempo for disco dancing) when the Simon and Garfunkel original is 82 bpm and Aretha Franklin's cover is 76 bpm. It was the first time that this song was covered with a fast tempo. It also has a highly original 'Brazilian cuica on a disco beat' break. It became a US disco #11, pop #41, R&B #49 and UK #28.[54]

A rewriting of the song with Cantonese lyrics ('Many hearts prevail' – zh:滔滔千里心) was collectively sung by many Hong Kong singers for public shows in Hong Kong to raise funds after the Eastern China flood of 1991. In 2009 it was also used in the Artistes 88 Fund Raising Campaign for the victims of Typhoon Morakot.[55]

To raise money for the families of the victims of the Grenfell Tower fire in June 2017 and for The London Community Foundation, Simon Cowell arranged the recording and release of a charity single on June 21, 2017.[59] London-born grime artist Stormzy featured prominently, having written a fresh 16-line intro to the song which specifically referenced the tragedy. The recording reached number one on the UK Singles Chart on June 23, 2017.[60]

The song was performed by the following artists (in order of appearance):[59] 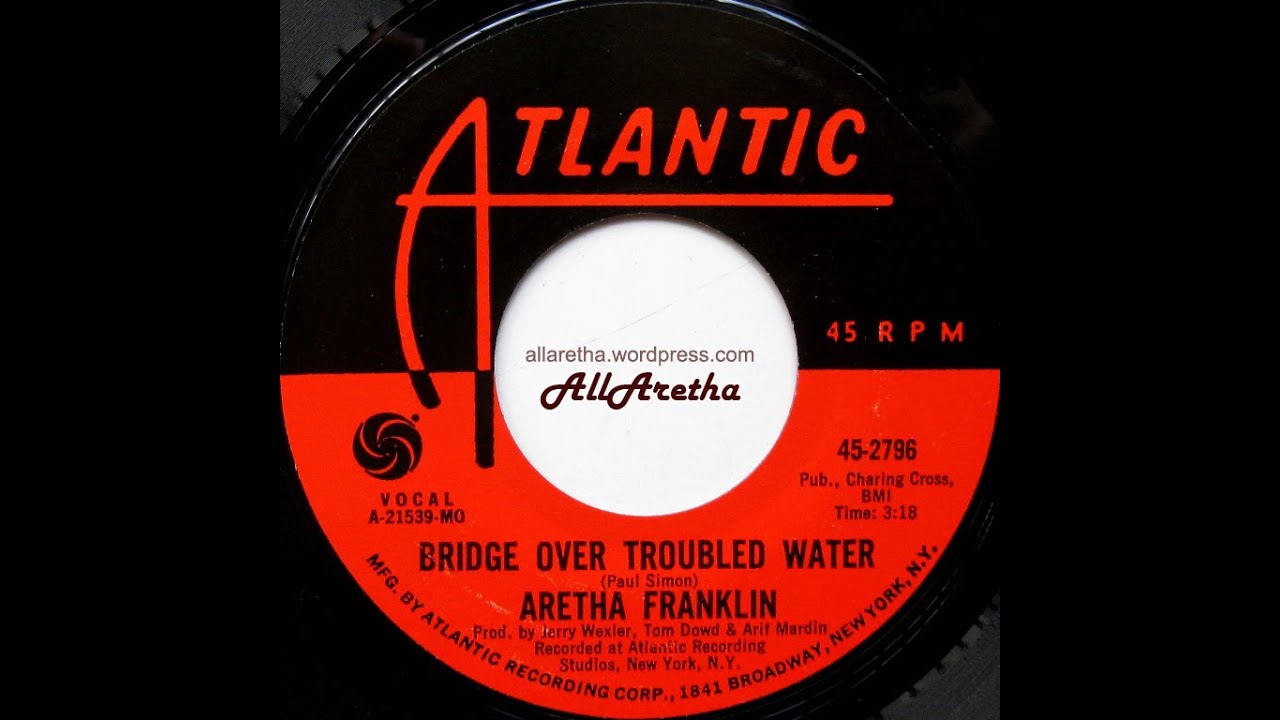 In the same key as the original: B♭

This song ends without fade out

Your browser looks too old to use this feature. Please update your browser for a late version of Chrome, Firefox, Safari or Edge.