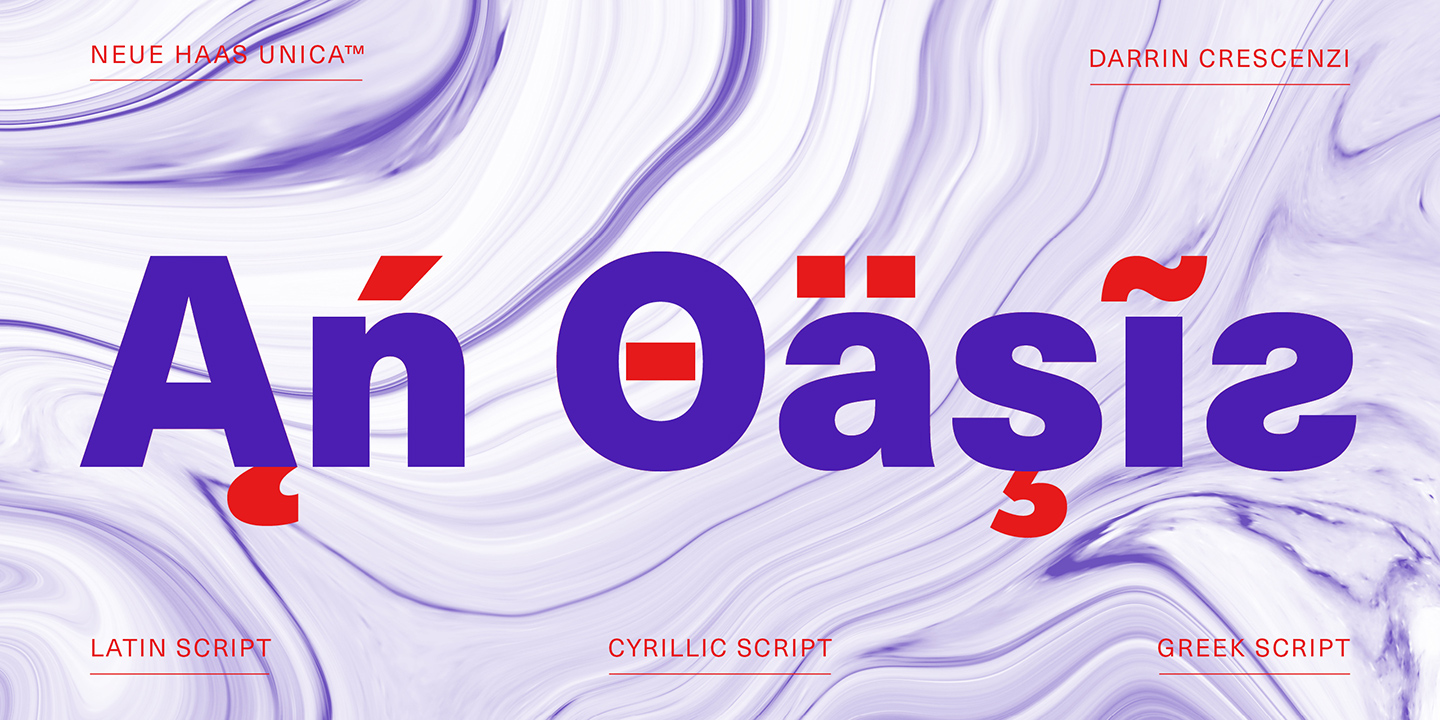 Neue Haas Unica was designed by Toshi Omagari in 2015 under the Linotype publishing. It is the extended version of Haas Unica, the original alternative of Helvetica. It was originally released in 1980 by Haas Type Foundry but was never fully updated to keep up with today’s digital environment, until the creation of Neue Haas Unica. Toshi Omagari of Monotype Studio has given life to this classic when he recreated it with a fresh and modern face. He added more weights, letters, and languages to provide the digital prints needs nowadays. It now consists of 18 styles and matching italics.

Neue Haas Unica family’s lighter weights are perfect for big headings and typical texts; while the regular, medium, and bold weights can fit just anything. The heavy and black designs are ideal for powerful and commanding statements.