Big Huge Games must have gotten sick of explaining why you couldn’t play as the Americans in Rise of Nations. Maybe that’s why half of the new sides in the Thrones & Patriots expansion are American – these are the Lakota, the Iroquois, and the British expats. This new side constitutes one of the new attractions of this game, which is a standalone add-on for Rise of Nations.

Five nights at candy's download. During the Information Age, the Iroquois CEO commands his army from a jeep, proudly wearing the traditional headdress. His spy is a sexy little Hiawatha number. His anti-tank infantry are warrior braves wearing feathered headbands. But these are the small touches. The more significant touches are the way the Iroquois units sit invisibly inside friendly territory, keeping the enemy guessing, and the way their scouts can park safely inside a forest where no one would think to look for them. New abilities like these are a welcome change from the original Rise of Nations.

There are six additional nations spangled with new personality. The Lakota are a free ranging people unbound by the conventions of territory and farming (and therefore really hard to get started). The Americans get an economic bonus for amassing a standing army. Since this means they take a painful financial hit when the fighting isn’t going their way, it encourages America to play defensively. Apparently the guys at Big Huge aren’t fans of neoconservative doctrine.

The Indians of the subcontinental variety can cheaply cram their cities with buildings and the Persians automatically get maximum wealth from trade and taxation. Both get elephants that are good for stomping infantry and knocking over buildings. And the Dutch earn interest on their resources, making them an economic powerhouse that has to be checked early. A rampant Dutch economy is a terrible thing to behold when you’re not Dutch. 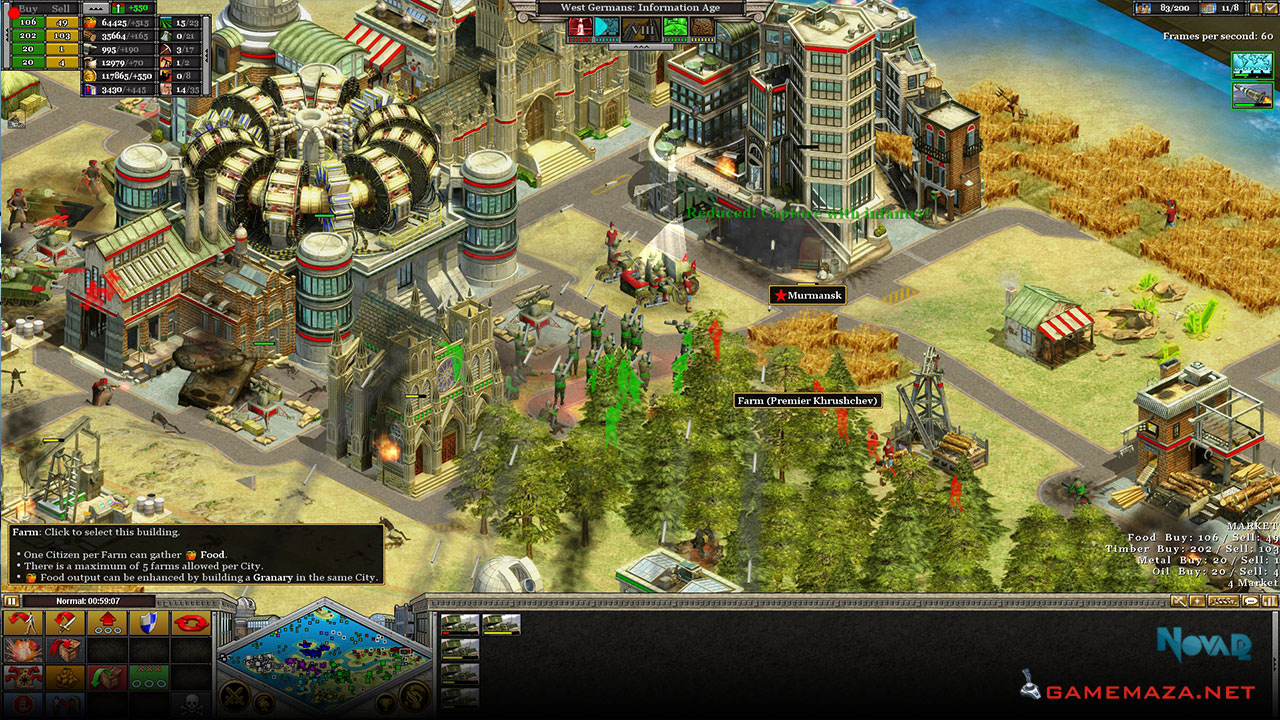 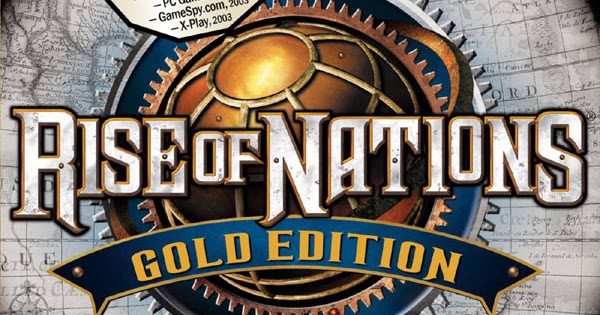 A lot of these new national powers add gameplay elements to the early ages before things like oil and airplanes kick in. The Hanging Gardens wonder, which happens in the second age, is an invaluable leg up for economic boomers, while the Forbidden City and Red Fort can be used to really push your borders around. Throw in the new government powers and Rise of Nations gets a lot more activity a lot earlier. Government systems are tweaks that you can’t afford to pass up. They also give you new uber-generals called patriots, units similar to the hero units of Warcraft III.

One of the most significant aspects of governments are they way they telegraph your intentions to the other players. At each stage, you can choose between a peaceful economic system or a military system, which is then announced to everyone playing. It’s a way of saying, ‘Hey, everybody, I’m going to skew this way’. It would have been nice if some new mechanics had also been given to the original nations, many of which now sit on the sidelines as boring old vanilla players. What’s more, some of the previously powerful national abilities, like French healing, Russian attrition, and Japanese rushing, are undermined by the new government system.

Thrones & Patriots really comes alive in the new campaigns, which make Rise of Nations an even more robust single-player game. In addition to the reworked world history campaign, there are four new campaigns from historical periods. These are set on new maps and gussied up with rules for things like appointing generals, kicking the Europeans out of the New World, and stockpiling nukes. There are several new types of battles you’ll fight, including a lot of pre-set situations and scripted events, including campaigns in Korea, Afghanistan or Egypt.

With multiple playable sides in each campaign, and an option to completely randomize the world history campaign, there’s single-player gaming galore in here. When you consider also the new nations, governments, and wonders, Thrones & Patriots has taken the slickest and most dynamic real-time revolution since Kohan and made it even slicker and more dynamic.